Anyone who wants to know more about the illustrious Quip Electric Toothbrush has come to the right place because, in this piece, we’re going to look at the product from all angles. But let’s start with the brand itself to get you more acquainted. They are known as the "Tesla of Toothbrushes" and you can find them on Amazon here:

This guy did a better job at reviewing the Quip electric toothbrush than I did in my own video:

The very goal of Quip, right upon its startup phase, has always been to offer a unique spin on the way dental marketing and design is done ---- especially hoping to provide something new and “untried” for the modern world and its many consumer needs thereby. And according to most users, it’s a system that works. But here’s how it all got started as I know you’re likely curious….. 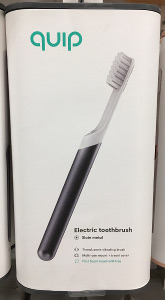 A local dentist startup in NYC had an idea --- and that’s usually how it all starts --- a mere suggestion that we all should fight the negligent effects that brushing too hard can have on the teeth and gums, especially in the long scheme of things. The idea was that a highly affordable electric brush should be created in wake of this need, in fact, the cheapest one that could possible be designed. And that’s how it all got started, with a mere idea and some good follow-up. 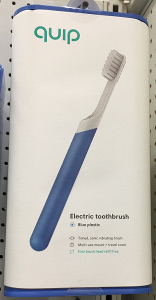 Afterward, a strong user-focused designed went into play. Without board meetings, marketing plans or many other conventions people use these days, the designers had to work with what they had. Little by little, their ingenuity and devotion began to pay off, and now we have an online dental brand that offers multiple products and dental advisors alike ---- not to mention one that’s available 24/7! That alone just takes anyone’s breath away…..

Although Quip sells a useful range of dental products like toothpastes, covers, mounts, manual toothbrushes, replaceable heads and much more, we’re mainly going to focus in on the electric toothbrush offered and its many capabilities. Yes, there is one electric toothbrush offered, but according to countless expert reviews and user testimonials alike, it’s considered “The Tesla of Toothbrushes” alone for all it can offer its user. Now, you’re going to get a dignified taste of just why…… 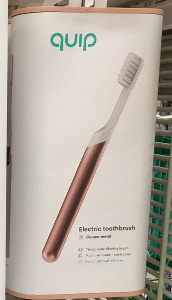 First off, to kick things into gear, this one of a kind electric brush we’re talking about is made of silver metal. It’s a single brush that you can either purchase by itself or as part of a set, which would include toothpaste, the brush holder and a few other add-on goodies from Quip. You decide. However, those who buy the complete package are usually letting in the full benefits, so the more the merrier! But we, of course, won’t twist your arm to make a purchase.

Now, the other colors offered in addition to the main silver metal are as follows: slate metal, copper metal, gold metal (kind of sounds like “gold medal”, right? “This one’s a gold medalist champion toothbrush!” Ha ha…..), green plastic and blue plastic. The official Quip Online Store sells the toothbrush by itself for $50, not considering refills, taxes, shipping and handling. Also, you could get it for $45 as part of the refill plan offered, which means you’d pay $45 upfront and $5 for refills each 3 months after. That’s a deal and a half!

You could also get a family plan, order in bulk, or even select from prepay deals on the solo product or its full set. Quip puts you in charge of what you want to do. See it all in the link addressed above; options abound!

Anyhoo, upon arrival of the product, the first thing you may come to realize is that the handle is very lean and sturdy, of a highly lightweight feel overall, with a base made of metal. In addition, it also offers powerful enough vibrations, despite its size, and it makes for a firm, smooth grasp...keeping the user with a feeling that he is in control at all times. In other words, the product doesn’t wildly vibrate out of control but still offers enough power to get the “job done” in your mouth.

Furthermore, what most users have come to praise about it is its preset cutoff times, which they can choose to preset as they deem fit. For instance, if you set it for a 30 second cutoff, the toothbrush will stop brushing after such time; if you set it for two minutes, it will do the same. You get the idea…...how cool is that?

Just keep in mind, though, that two minutes can feel like an eternity. But then for some, perhaps not. It all depends on the user…..

And with a more than sleek design that will ‘wow’ each user, even if it’s their millionth time pulling it out of its case, this one will deliver unrivaled visual appeal. Plus, it supplies a whiter and brighter smile over time. That fact is backed with plenty of positive reviews from multiple online sources. And also, the product is effective in its cleanse, but without being “too harsh” on those sensitive areas. 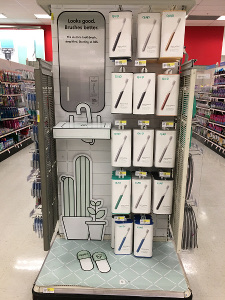 And guess what? Charging and recharging become issues of the past here since one AAA battery alone will last for up to three months. So you can quickly just “scrub and go” as if you were using a traditional, manual toothbrush, but with all the added benefits of an electric one at the same time!

The results, as we’ve briefly touched upon, are a brighter smile that’ll last longer, healthier brushing habits, and a more user-friendly bathroom experience --- one users will want to repeat more often. The buyer will find it easier and more convenient, all in all, to brush his teeth twice per day as is the healthy recommendation of most dentists. And he won't have to wait for hours for the toothbrush to charge. That’s a win in anyone’s book!

We’ve seen the origin of the company, its amazing electric toothbrush and all it can do. Now, it’s time for you to decide if a purchase is needed. My suggestion is: Try it out; there’s only one way to know…..

Amazon affiliate disclosure statement We are a participant in the Amazon Services LLC Associates Program, an affiliate advertising program designed to provide a means for sites to earn advertising fees by advertising and linking to amazon.com. 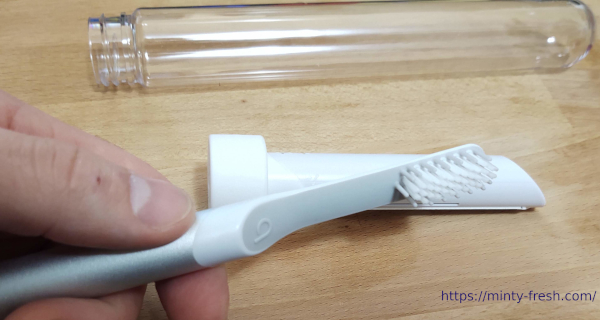 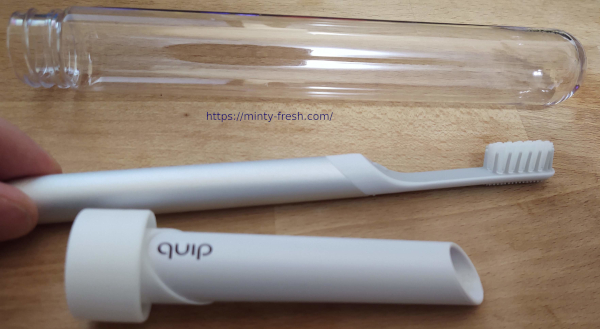 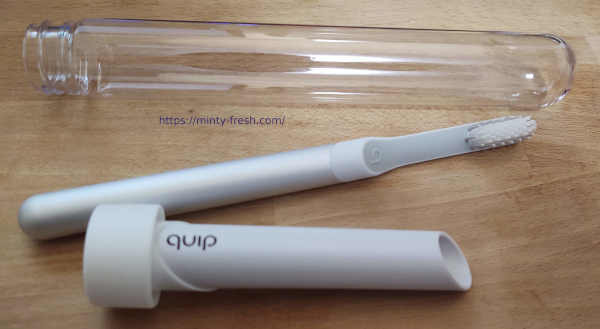 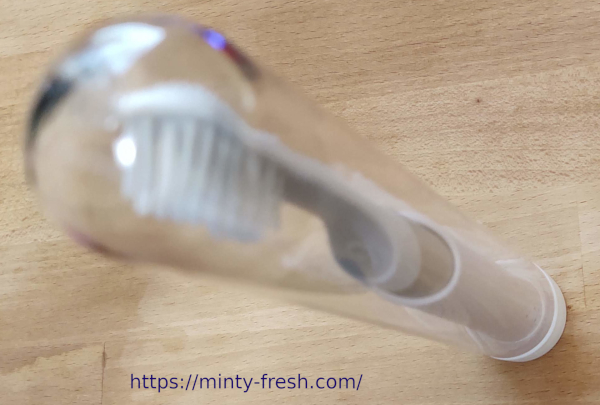 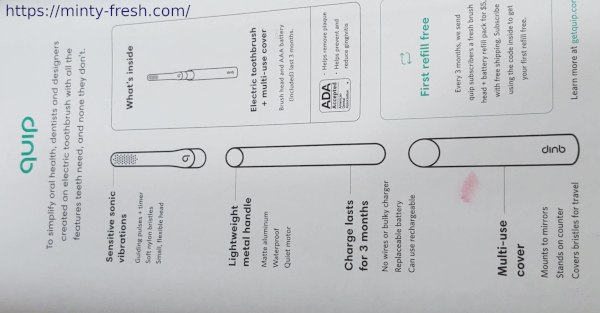