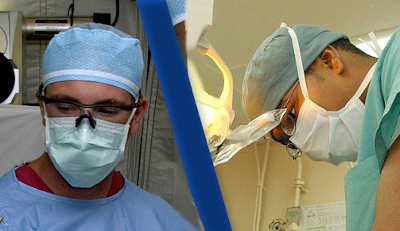 Well, you may have asked the same question before, yourself, or perhaps looked it up on Google so that you would not feel dumb asking it in front of someone: It’s all right either way, as we have all been where you are standing. And believe it --- more people than just you want to find out the same but are not exactly sure if it will sound like a “dumb question” altogether, so let’s find out here together. Are dentists doctors?

Some Facts To Consider

You’ll find that the same question, “Are dentists doctors?”, does actually tend to circulate even among medical and oral care professionals alike, and several are divided on the matter. So in terms of finding a perfect answer, or a right or wrong one, at best, perhaps we need to just step back and look at the matter in another way. Maybe there is no correct answer here, but for some it’s “yes” and for others “no”, respectively. Yet there are some things we can always keep in mind…..

Doctors, by the general understanding of the word, are there to heal pain and illness; and there are several dental illnesses in the world today. Doctors perform surgeries, give procedural and follow-up advice, suggest products for patient wellbeing, and so much more. And when you think about it, dentists do all of these in their offices, as well. So you get where the question may come from.

And doctors, as well, do specialize in one or more very particular areas of concern --- as does the dentist. He or she, just like the doctor, will also take X-ray exams in order to get a closer look at the potential problem the patient is facing, all while employing nurses (or dental assistants, in this case, which carry a very similar function and typically dress the same), to stand by their side and lend a hand. So when your body is sick, then, you see a doctor --- and think about it --- but when your mouth or teeth are sick, or even your whole body as a result of an ailment that started in the oral arena, then you see a dentist. It makes some sense, then, right?

But let us continue. Keep in mind the following, too, all while retaining your level of respect and appreciation for your favorite local dentists: When it comes to being an MD or Doctor of Medicine, you will not find dentists to carry such a title under their name. Yet this does not mean they are any less professional or certified. Yet in this sense of the word, they are not what you call “doctors” as others have argued. Now we see things from both sides of the coin, so to speak.

So... Are Dentists Doctors?

And also, dentists do have some very basic training in the way of general health, but their core focus, the driving factor behind all those years of schooling and hours of examination, lies in the proper treatment of teeth and gums. Whereas titled ‘doctors’ have studied and certified in all areas of health, even lightly touching upon the oral as needed. See the difference? But yet there’s more to keep in mind…..

A Few More Things to Note

Also, those who wish to become practicing, licensed dentists must go to dentistry school and not school of medicine. Dentistry school is typically a five year program, regardless of where you go --- whereas with medicine or health degree programs, you will find such studies to take at least eight years of your time and devotion, to begin with, but possibly more. But that is not all; dentists, just like doctors, are indeed required to take the Hippocratic Oath prior to their practice and are expected to adhere to what they have sworn at all times.

As many say, “doctors save lives”. And it’s true. And for that, we are indeed truly grateful. But consider another point: Even though dentists cannot immediately treat life threatening conditions and perform extensive surgeries on the body areas requiring it for survival, they can still take drastic preventative measures to help the patient well ahead of time. Dentists are counselors, too, after all….which many may tend to call “doctors”; they advise you on where your oral health is headed and what you need to do to get it in the right direction, before it becomes a more serious problem. Have you considered that? 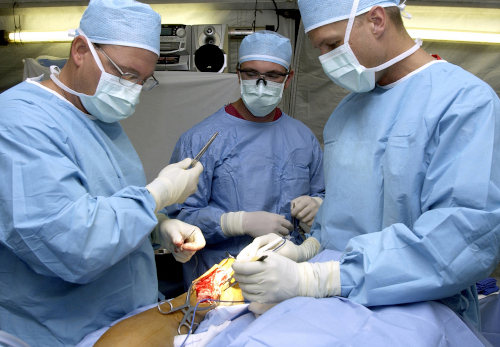 And furthermore, did you know that numerous forms of indigestion, heartburn, cancer, and other illnesses come from the mouth first and are allowed to spread down into the other areas of the body? So by proper prevention and oral “diagnosis”, the dentist is allowed to see such problems rising and take action. So one could say, in this respect, that dentists prevent numerous types of illnesses in the human body, much as a doctor would. You may not have seen it that way before, but it’s true…..

Are Dentists Doctors? The Final Word

So though dentists may not step in and give First Aid or CPR when someone is experiencing a heart attack, for instance, they still deserve our utmost respect in their profession. And if they wish to be called “doctor”, then by all means, you would not necessarily be wrong in giving them their pleasure. They work very hard and have undergone extensive ‘Doctorate’ degrees in their field of oral care, so let them have their day. Do not make fun of them as “not doctors” or refuse them the label if they so desire it; after all, they are here to serve you, just as your everyday doctor is. So have some respect for both.

And while you are it, remember to brush your teeth every day for at least two minutes, and twice a day. It will help to stop the spread of cavities, plaque, gingivitis, and other oral diseases. Stop them at their root and make your overall health much greater. Listen to what your dentist tells you, if you wish to live long and happily! Thanks for reading!!!!!